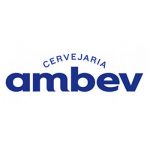 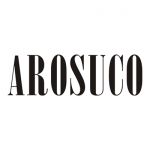 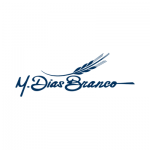 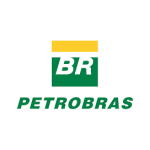 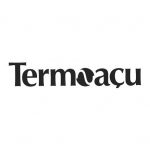 Expertise in all imports of TERMOAÇU SA, performed at the time of its implementation. In the period, the plant was responsible for much of the production of all energy consumed by the state of Rio Grande do Norte. Besides the energy produced from the burning of natural gas, it provides steam for the PETROBRAS to increase the recovery levels of the oil wells.
This was a project of enormous social impact for the RN, generating direct jobs – there were about 4 thousand jobs, including those necessary for the construction of the Petrobras pipeline and steam pipeline – until the self-sufficiency of the Rio Grande do Norte state in electric power generation.

Parnamirim Energia S.A. was established in 2002 with the objective of implementing and operating a 108 MW Thermoelectric plant in the State of Rio Grande do Norte.
The plant consisted of Caterpillar diesel generator sets for connecting to the national interconnected system. The energy supply contract with the Brazilian Commercialization of Emergency Energy – CBEE was finished in December 2004.

It acts in the process of importing the Industrial Plant of Yeast Propagation of the AROSUCO AROMAS E SUCOS LTDA Company, in the municipality of Itapissuma/PE, with capacity for 260,000 kg of yeast per year. This project was integrally focused to meet the beer production demand of the AMBEV Group.

Terrasul Assessoria participated in the importation in which Petrobras hired three new probes of Chinese origin, brought by the ETX Company, to operate during eight years drilling in the state, mainly in the municipalities of the western region.

The equipment of 1,350 tons and with the capacity to drill wells of up to 1,200 meters of depth, landed in the Port of Nata /RN.

It is a project to implement the 3rd Natural Gas Processing Station in Guamaré/RN for treatment, liquefaction and separation of gases (UPGN and USG), with an investment of US$ 25,000,000.00. The equipment came from Canada, the United States, and Japan and despite the importation on behalf of PETROBRAS, the intermediation/contracted for the delivery of the Plant was TECHNIP ENGENHARIA, from Rio de Janeiro.

The imported equipment has 3 complete industrial production lines. They are:

MIXTURE ROOM
For the wort production by cooking the malt for the production of beers.

PRESSURE AND FERMENTATION TANKS
For to the fermentation of the wort coming from the mixture room and composed of 24 conical tanks.

COMPLETE FILTERING SET
For the importation of the equipment of the project, there were 258 containers needed, besides a reasonable quantity of breakbulk volumes (loose cargo).
The entire project was carried out in approximately 18 months.

In 2000, the Group M. Dias Branco inaugurated a new wheat mill and a vertical pasta factory called Grande Moinho Potiguar in Natal/RN. The Terrasul Assessoria participated directly in the project to import the equipment to be used in the unloading and transport of the wheat from the ships to the silos of the company, as well as in the project of implantation of the industrial unit, using the latest technology and automation.